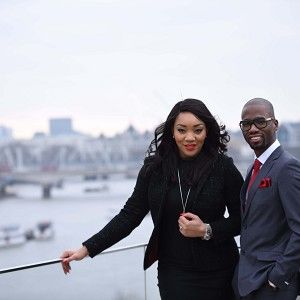 Self Made Book
Byron and Bianca are both Award Winning Entrepreneurs and the authors of No1 Bestselling book ‘Self Made: The Definitive Guide to Business Startup Success’. In a career spanning almost a decade, Byron has been involved in 12 business start-ups as a director, investor or shareholder. He is a serial entrepreneur, public speaker, investor, philanthropist and mentor to entrepreneurs and students. His specialism lies in advising and assisting SMEs that have commenced trading, but which are not yet generating revenue. Bianca is the founder of the UK’s ‘go-to’ personal branding company, The Be Group, and diverse hosiery brand Bianca Miller London. Bianca was the runner-up on BBC business show ‘The Apprentice’ in 2014, where she initially pitched Bianca Miller London and has since taken it from idea to reality, including being awarded ‘Forbes 30 under 30’ status for her work and having the product retailed in the likes of Topshop, QVC, Morleys department stores etc. She is an in-demand public speaker and was awarded a Power Profile in 2016 as one of the most important leaders on LinkedIn out of 20 million UK members.
Sessions